UPDATE: SCROLL DOWN TO THE BOTTOM OF THE PAGE FOR AN UPDATE ON THE SCREEN TENT.

We have been keeping our eyes open for a screen tent that would be big enough for a dog bed, our big lounge chairs, and a few more chairs for company. One of the reasons we’ve been so picky is that it has to be able to withstand rain. I did not want to deal with rain collecting on the top of the tent, and breaking the poles from the weight.

So, that meant some sort of a dome type screen tent. During our trip to Cobbett Lake (Grand Mesa) our camp host had the Eagle’s Camp Screenhouse set up. It met all of our qualifications. Best of all, it was on sale when we checked the price. We couldn’t pass it up for $59!

We have used it once, during a very windy trip, and it did well. The only time we had a problem was when we left the zippers open. The strong winds flattened it. This also happened at home during our test run. However, we have discovered, keeping the zippers closed during high winds gives the Screenhouse more stability—no more flattened tent!

Also, if you live in an area where the winds are strong you will have to invest in a new set of tent stakes. The ones that come with the Screenhouse are cheap and very small.

Be careful: the fiberglass poles will fill your hands with splinters! Use gloves when working with them.

Check out the Cabela’s website for more info (see the link above or below). 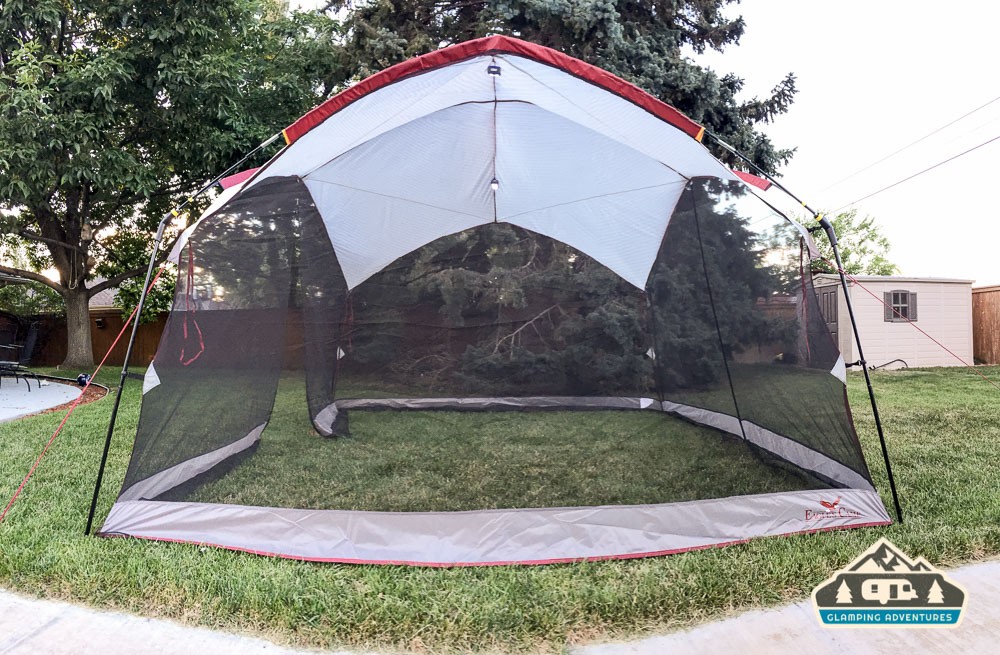 The tent is large and roomy. The poles are color coded incase you forget how to put it together. It’s easier with two people, but one person could also erect the Screenhouse. 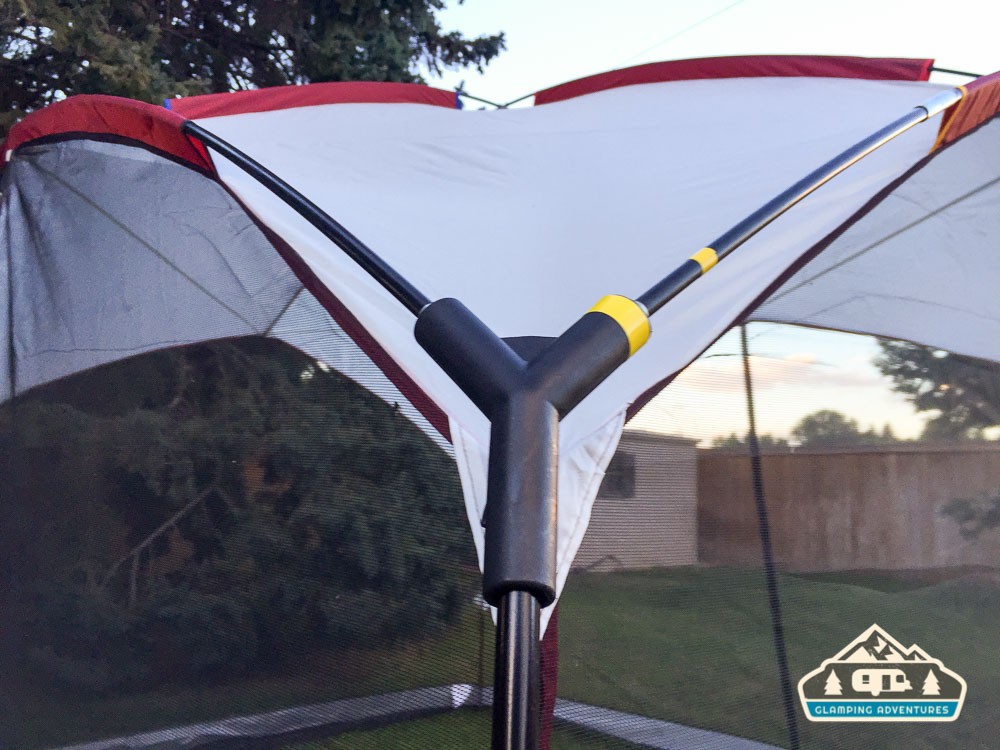 The corners are held together with this heavy duty Y connector. As you can see, it is color coded.

There is a full length zipper that can be staked on one side for easy zipping, and un-zipping. 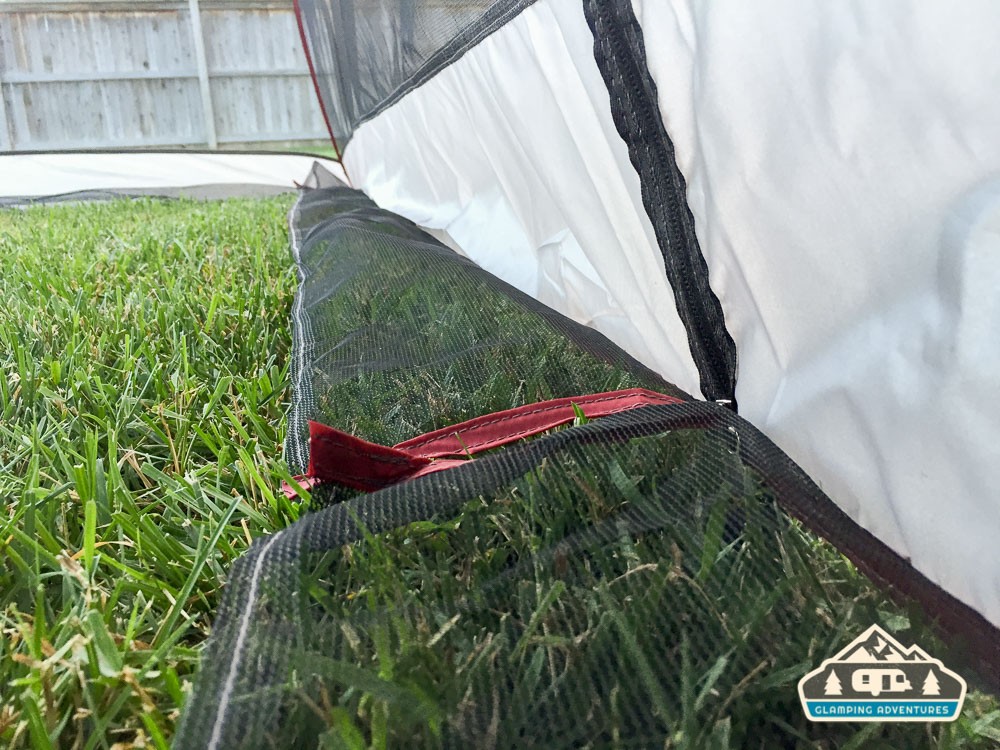 The Screenhouse has a bottom screen flap that can help keep bugs from coming in the bottom of the tent. 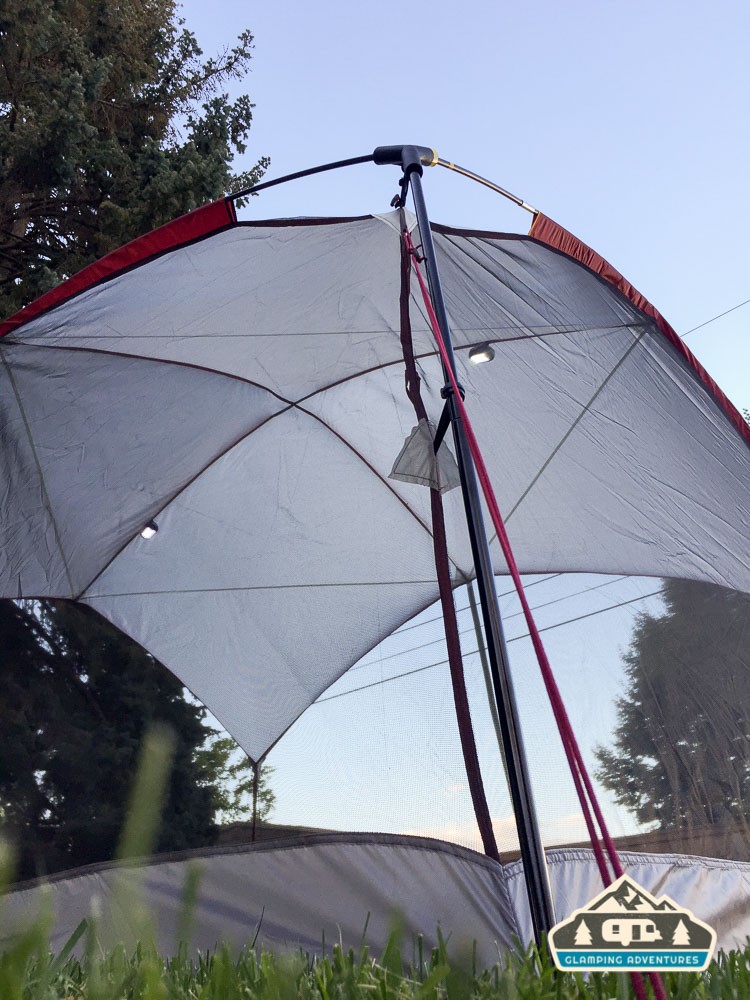 The Screenhouse has pre-attached guy ropes that help hold the tent down during for more stability. 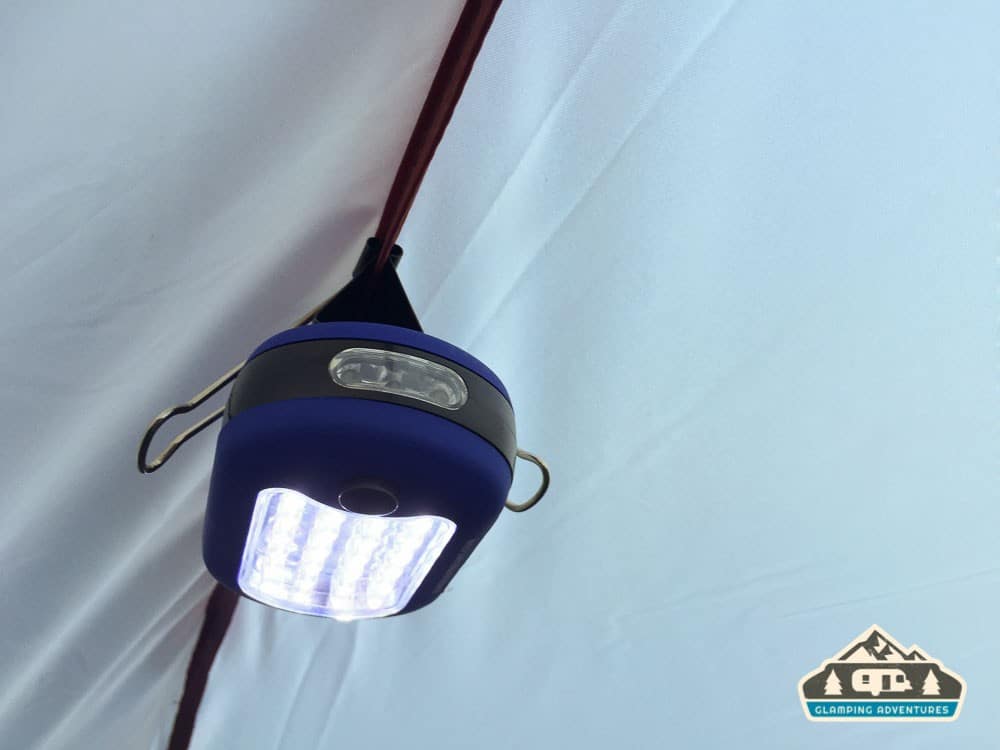 We’ve attached some LED flashlights to the top of the tent with a large binder clamp (the flashlight is magnetic).

UPDATE: We have been using the screen tent during the past few outings, and have come to realize that it is not as stable in high winds as we would have liked it to be. We do realize that shade tents usually do not withstand the winds that come off a reservoir/lake during a storm, but we thought this tent would do a better job. We will try and make the tent sturdier by adding some heavy duty tent poles where each of the zippers are located. We will add to the update once we’ve tested it out.

This error message is only visible to WordPress admins